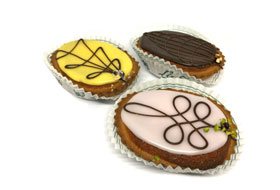 Jules Mazarin 1602-1661, French statesman of Italian origin, Cardinal and Duke of Nevers.
After the death of Richelieus and Ludvig 13, Mazarin was appointed in 1643 as prime minister of widower Queen Anna of Austria who ruled for the minor Louis 14.
Mazarin was one of the 1600’s most prestigious statesmen, and it was not least his abilities, which gave France a dominant role in Europe and influenced a series of peace beings in the mid 1600s.